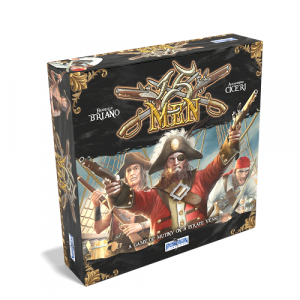 In 15 Men (on a dead man’s chest) a group of dangeorous old sea dogs that will dispute the control of a sea vessel and of its precious treasury.

Who will have the better? The brave captain and his faithful companion or the mutineers?

15 Men is an intrigue game where the players will play secretely their roles, but the captain that he will try to keep the control of the vessel with help of his guards and his faithful. During the game each player will try to corrupt some of the  sailors that has not taken yet a side. But each sailor has also a unique ability that who corrupts can use to change the cards on the table…

Once all the doubloons will be spent, then some of the pirates could be killed in a gunfight, then the team with more victory points will take control of the vessel… and for the other there will be just the trampoline and the sharks. 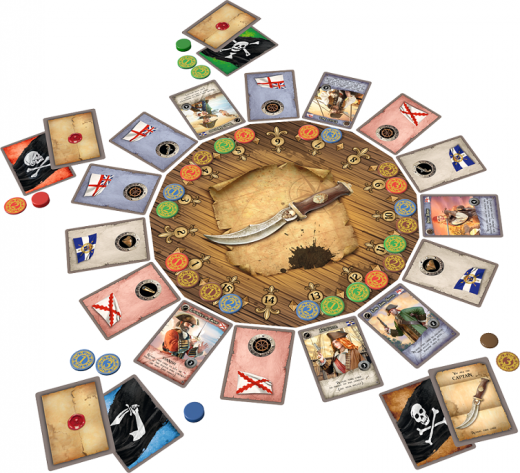 15 Men is distributed in GERMAN by Asmodee DE. You can have more information from this link

15 Men is distributed in ENGLISH by Asmodee USA. You can have more information from this link

15 Men is published in HUNGARIAN by Delta Vision.

15 Uomini is published in ITALIAN by Pendragon Game Studio. You can have more information from this link